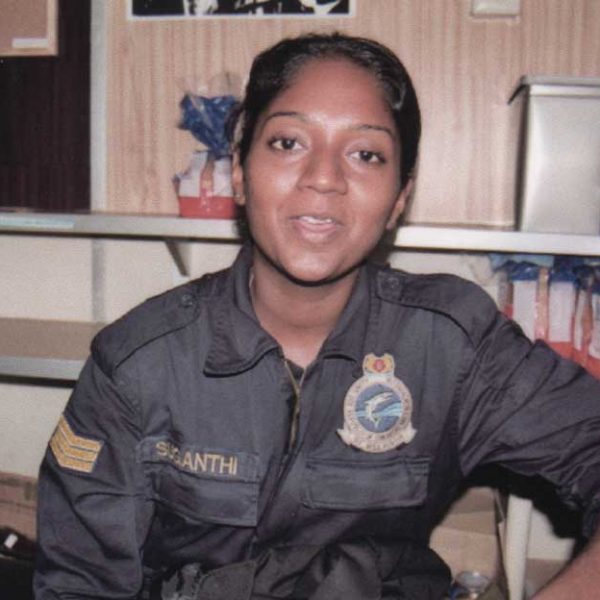 “What about your father? Is he alive?”

“Yeah, he’s around. My dad, until now, still can’t believe what I’m doing. He’s too shocked.”

“Ah. What about being one of the only three women on the ship? Is that good or not so good?”

“It’s good, but… uh… it’s just something very different, we being the minority among the guys. It gives you a very different feeling. But you don’t feel anything bad, because they treat you the same.” 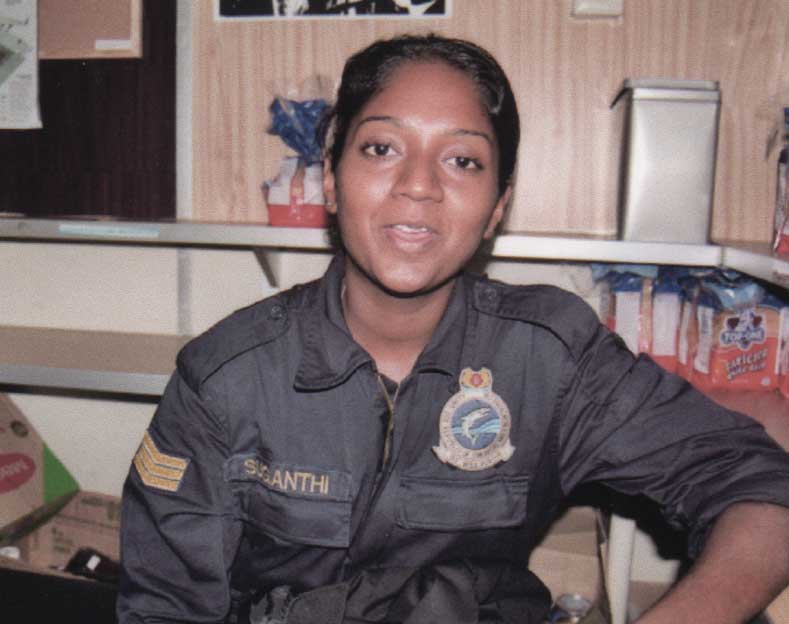 “Yeah. Sometimes we wish that there were more ladies onboard. Actually, there were, there were seven when I came onboard here. Then one by one they decreased and we are left with three.”

“As you said, when there’s only three, we have to depend on each other. So at times when we need the support of the other two and they are not there, or when you speak up, you know, they don’t seem to understand, then probably frustration and irritants [occur], because it’s like there’s nobody you can turn to. You can turn to other women, other friends, close friends or yours from other ships, but [if they are not in the navy] they will never understand the life. That’s one thing.”

“What about your friends outside the navy, those that you went to school with? Does this  make you different from them? Do they look at you differently?”

“For one thing, we will just compare the 8-5 job. First of all, the environment is different. They’ve got the freedom. They can do whatever they want. We are restricted in a way. Because we went navy, we’ve got to follow certain rules and regulations. And of course I’ve worked outside before joining the navy. And you know, sometimes, [like] when you are on the way to work, in the bus, you look at the other ladies. It [would be] nice to be like them, dressed up and, you know, how nice.”

“So they are all dressed up and you’ve got your navy uniform on?”

“It’s not even that. When I come to work here, I do my job and I get all sweaty and who cares about makeup or how I look, you know? Whereas, I think back, I used to be so concerned, touching up at 10:00, at 12:00, when I [was working] outside. Furthermore I have learned a lot of endurance in this job, tolerance, patience. You know, I look at them when they complain about working overtime for just five to ten minutes. I do think, ok, at least I wouldn’t be complaining anymore given such situations.”

“Do you still live at home with your mother?”

“How long does it take you to get to work?”

“Yeah, it’s not too bad, because I live on the west side, and this is also somewhere around there. Luckily for me, traveling is not so bad.”

“Do you have any desire to get an apartment to share with another girl or another woman? Or do you really enjoy staying at home?”

“I think that is one thing about the culture here. Although there are a minority [who], after a certain age, move on to live on their own, most of them live with their families until they get married. As for me, I can’t imagine,” she laughs, “spending everything on me.”

“I think you are smart.”