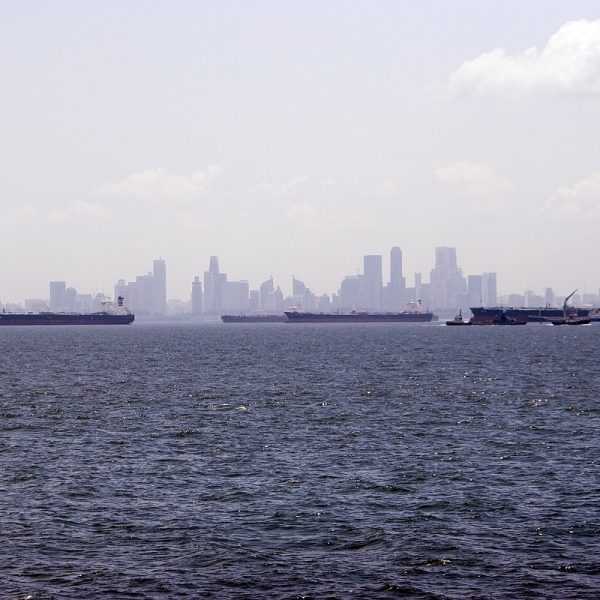 An hour later, dinner is served to seven of us in the officers’ mess. The mee soto, noodles and vegetables in a spicy chicken broth, is great. The deep-fried chili chicken is incredible. I have never tasted chicken cooked this way, and I am very impressed. The flavors of the chicken and Asian spices stand out even in the fiery heat of the chilies. The dinner equals what I would expect from an expensive Singapore restaurant.

Night on the equator comes quickly, a curtain that suddenly falls, immediately changing light to darkness. The serenity and well-being previously provided by vision is replaced by something different, more uncertain and a bit threatening. 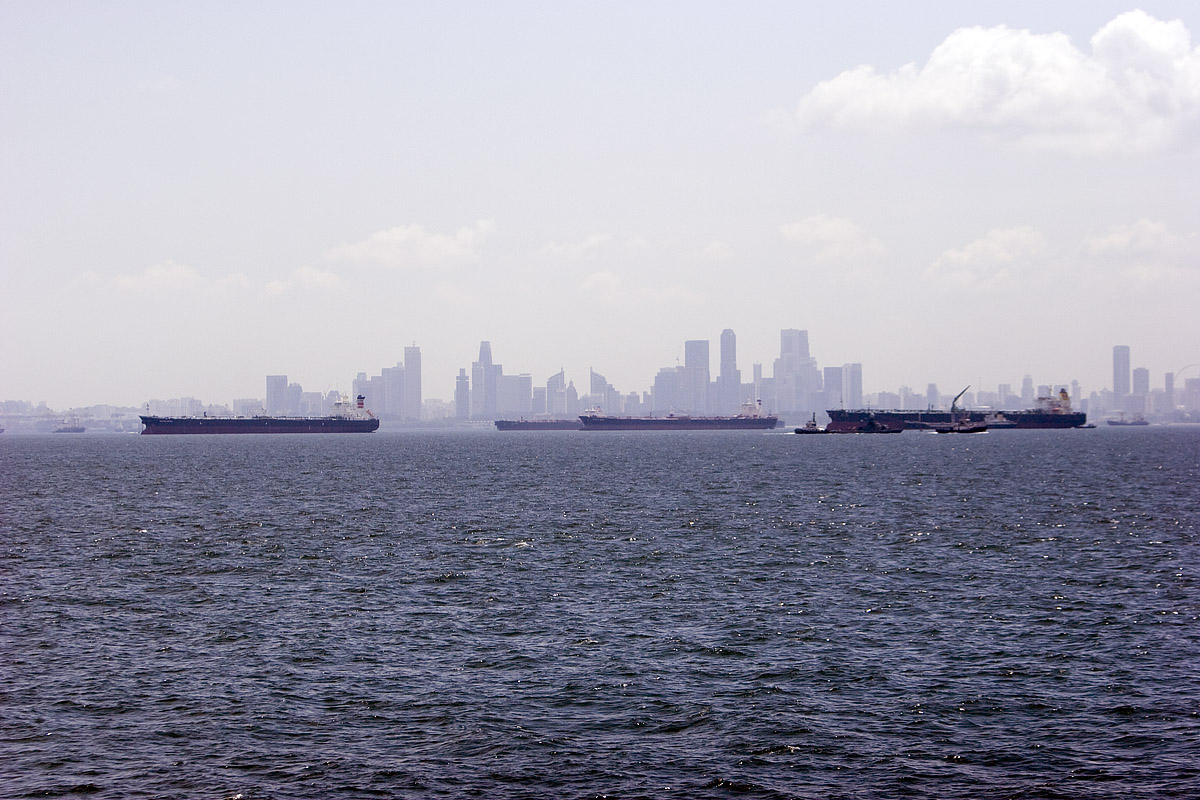 Vessels lie in the Eastern Anchorage. Downtown Singapore is in the background

At eighteen hundred hours, 6:00 p.m., eight and a half miles east of Horsburgh Light, I hear an announcement that we’re going to investigate a fishing boat ahead, just off the shipping lanes. Over the speaker, muffled, “Okay, investigating contact…fifty-five.” Then, “Again, say again.” “Told COC that we are investigating a possible SMS.”

“Can you tell if it’s fishing or just lying to?” I ask the captain.

“When we get nearer, we will use the FOD [the mast-mounted infrared camera] to take a scan,” he tells me. “Most importantly, we will want to know whether she is a Singapore-registered vessel.” “Port 15,” he orders the helmsman.

Sergeants with body armor, life jackets, and helmets stand on each wing of the bridge. Both are armed with M16s.

We idle up to and around the vessel, observing apparently nothing suspicious. Finally, “OK, stand down.” Over the speaker come muffled voices, sometimes in Malay. The vessel is an Indonesian stern trawler, about sixty feet long. Both it and we go on our way. 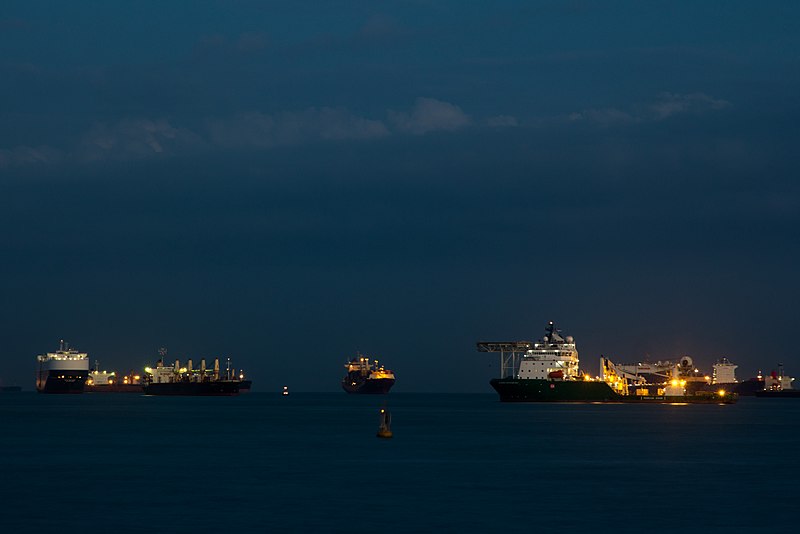 We are heading west now after having loitered a few miles from Horsburgh Light until slightly past 1900. As captain of the Unity, Major Wong does not stand watches, but since the patrol is mainly in heavily traveled shipping lanes, he is on the bridge much of the time, especially at night. He looks out over a bewildering panoply of large and small lights in front and on each side of us, different configurations in a multitude of colors. His experience allows him to easily sort out this mélange, but to me the mass of lights is almost incomprehensible. I can’t tell where we are or even, really, what direction we’re heading. So I ask him.

“We are heading 260, heading west,” he tells me. “On the right, north, is Changi. Between it and us we can see all those anchor (alpha) lights.”

Major Wong is referring to the anchor lights of vessels in the Eastern Anchorage, off the southeast end of the island. Changi is also at the southeastern tip of Singapore (island). The international airport is there, as well as a naval base and military airfield. Downtown Singapore is perhaps a dozen miles ahead, and the lights of its skyscrapers are not yet visible through the haze. South are the lights of some big resorts on the north tip on Bintan Island.