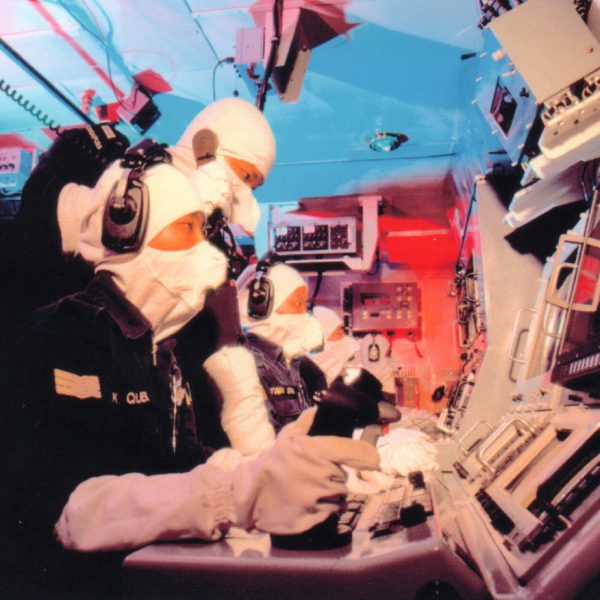 Two months earlier, in March 2004, the An Hui, a Singapore tug, was stopped in the same area, perhaps by the same gang, which also inflicted injuries on the crew and stole cash and crew’s belongings. Just to the west of where those attacks occurred, within a period of a week, according to Singapore’s Maritime and Port Authority, a Cayman Islands-registered bulk carrier, the Pilion, beat off an attack. Another Bulk carrier, the Cape Haralambos, and a Turkish container ship, the Border, were not so lucky. Both were plundered by armed pirates and had valuables stolen. 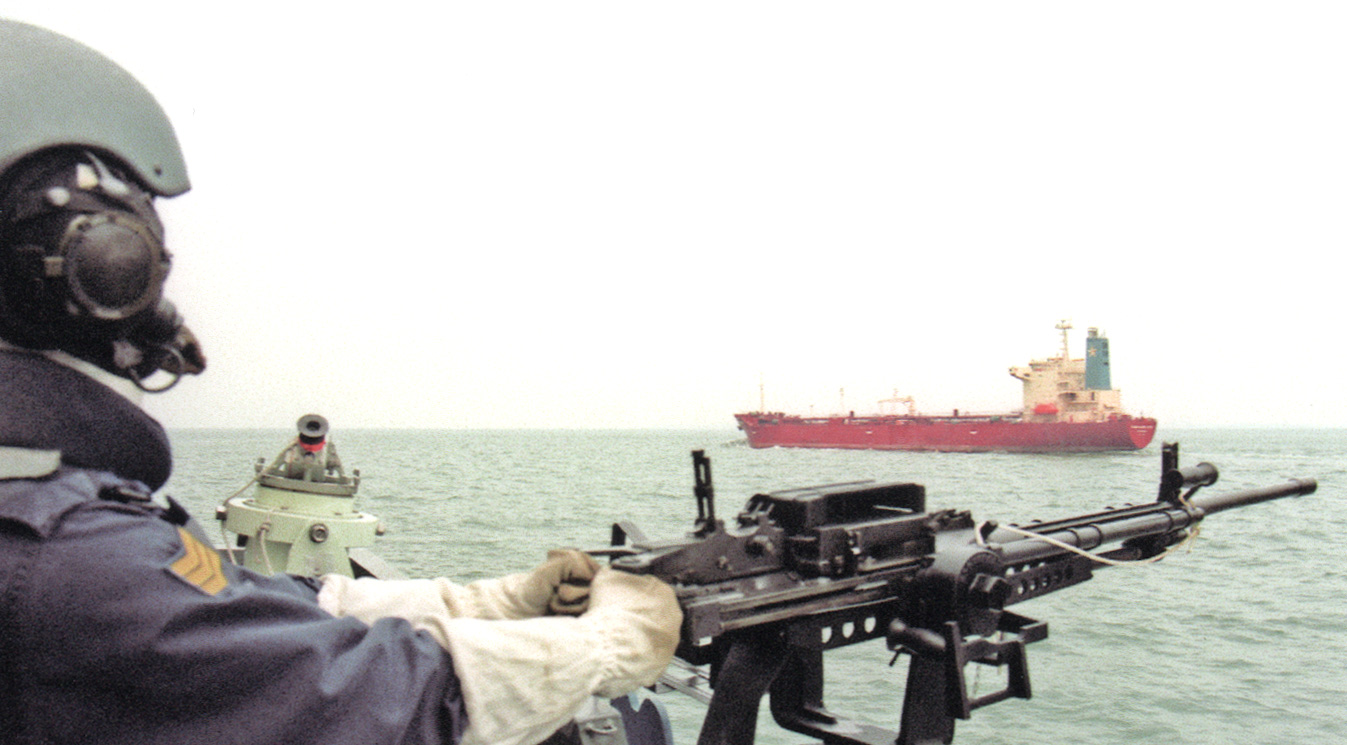 A 50 caliber machine gun is manned during action stations.

Nor are attacks’ perpetrated simply by bad men with long knives. In 2003 in the Malacca Strait the tanker Peurider faced pirates in a fishing boat firing machine guns and grenade launchers. Once on the ship, they stole valuables, and took hostages for ransom, leaving the damaged ship adrift. Another vessel, the container ship Pancaran Sinar, after being boarded by machine-gun-wielding pirates who took her crew hostage, sailed unmanned down the Malacca Strait for over an hour—potentially an unguided missile that could have caused a disastrous collision.

Perhaps the most frightening occurrence took place in April 2003, when the tanker Dewi Madrin was sailing in the Malacca Strait. Two speedboats came alongside filled with pirates armed with automatic weapons. They boarded the vessel, but instead of following their usual pattern—breaking into the ships safe and stealing valuables—they subdued the crew and went directly to the bridge, where they took control of the ship. In what, in retrospect, seems to have been piloting lessons, they sailed the ship themselves down the strait for more than an hour. Terrorists often practice before an attack, and the situation on the Dewi Madrin provides a dire warning of the form a future attack might take.

These are but a few examples of maritime violence in the area, and the reason the crew of the Unity now stands ready at their action stations as we approach the Haydock. We allow her to pass us and then swing around behind her to take up position astern. However, another vessel, a small freighter, is between her and the Unity. So Major Wong orders a course change that puts us on the Haydock’s port quarter, “yeah, I don’t want to impede the passage of the other vessel,” he tells me, “though I would prefer to take station astern. Usually I will take station astern.”

Constant updates on position and on nearby vessels are called out. “Large ship at 085.” “The range, now, is three cables” [six hundred yards between us and the Haydock]. “Starboard 15.” “Tanker at one mile, approaching.” “Port 20.” And over the radio from other ships: “I’m not from Taipei.” “I’m from Instanbul, Nordin Shariza, sir.” Then some words from CIC; all I hear is “Okay, okay, lah,” then “bring down your lights.”

The CIC informs the officer of the watch that there is a contact, a sampan, in the ten o’clock position. “CDC, contact coming from… That one showing with lights off, the red one at sixty-one cables.”* The gunnery direction officer tells the starboard gunners to stand by and to watch the sampan. As long as she doesn’t move, doesn’t approach the Haydock, she is all right.