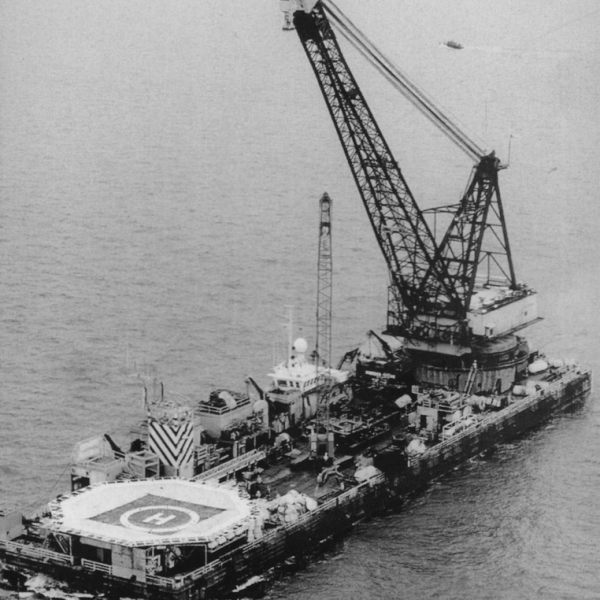 Attorneys representing some of the crew have suggested that with $10 million worth of hull insurance covering the an­cient 269, she was worth more to C.C.C. on the ocean bottom that afloat. Nearing the end of her useful life, she would soon be worth only her value as scrap metal. Also, the attorneys charged that the American Bureau of Shipping inspectors who periodically surveyed the 269 so that she could be insured had failed in their duties. However, the attorneys did not pursue ei­ther of these avenues, believing that charges already leveled at C.C.C. and McDermott were sufficient to further their clients’ interests. As a result, it has never been determined whether these allegations had merit. It must be said, however, that there is absolutely no evidence that the barge was deliberately sunk, and the locations of the leaks strongly suggest that it was not.

While I was not able to talk to a spokesman for C.C.C. or its parent company, C.F.C., a statement was received from the president of C.F.C. and is presented in the Appendix. C.F.C. says, among other things, that the Mexican government investi­gated the accident and found that it was due to an Act of God. It seems likely that the company would place responsibility for the decision to weather the storm at sea on Lobb and Perot. Al­though Perot claimed to have no memory of taking part in the decision to ride out the storm, others recall his involvement in the numerous conversations throughout the days preceding Roxanne I and II. As the barge superintendent, Lobb could have insisted that the 269 be towed into safe anchorage prior to Roxanne’s first arrival, and in retrospect, even he admits he should have insisted on towing her in prior to Roxanne II. “By hindsight,” Lobb said in his deposition, “now that I know where the storm went, we could have went to a port….We wouldn’t have sunk if we got into Dos Bocas…But I didn’t have a crystal ball. I couldn’t see that far ahead.” At least Lobb put his life on the line along with the others on the barge.

C.C.C. had been lucky that the 269 had survived hurri­canes in the past, and it was counting on the barge to survive again. Whether a desire to save money played a part in C.C.C.’s actions, as the plaintiffs have argued, may eventually be decided by a court. Witnesses for the company have as­serted that money was not a factor.

And what of the responsibility of McDermott, and Off­shore Pipelines, Inc., for the 269 disaster? McDermott has dis­claimed any responsibility, for several reasons. First, it has said, the majority interest in C.C.C. was owned by a Mexican corporation which controlled and operated C.C.C.; McDer­mott owned only 49 percent.* Second, the barge’s captain and superintendent were C.C.C. employees, and C.C.C. alone was responsible for the barge’s movement.

* When Offshore Pipelines, Inc., formed C.C.C. with their Mexican coun­terpart, C.F.C., Mexican law required the Mexican partner to own 51 per­cent of the business. When the North American Free Trade Agreement between the United States and Mexico went into effect in 1994, this requirement was eliminated.