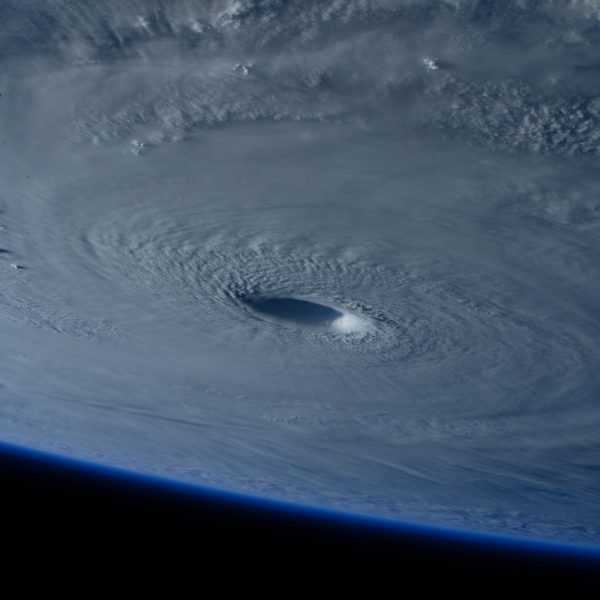 Two Americans who say they are suffering from PTSD are Ron Rozmarynoski and Kevin Dumont. Though Rozy had not been on the 269‘s sister barge that sank in the South China Sea four years before the 269 went down, he was one of the first rescuers on the scene and helped to recover both sur­vivors and bodies. That experience, together with his own on the 269, has caused emotional damage from which he says he has not recovered. He is not working. Kevin is still being treated for post-traumatic stress disorder. He hopes to go back to school, perhaps to study photography. He stresses that he will never go back to sea. Victor Diaz says he is still totally in­capacitated and lives with the faint hope that he will eventu­ally see better days.

In 1996, McDermott’s interest in C.C.C. was sold to Global Offshore, which in turn is a division of the huge construction conglomerate Brown and Root—the company that initially built and operated DLB–269. Global sold its 49 per­cent of C.C.C. back to C.F.C., the Mexican parent company, in 1999. J. Ray McDermott continues to be a major operator in offshore platform and pipeline construction and installation. The diving branch, which amounted to a very small part of its overall business, was sold to Horizon Offshore Contractors and just recently was resold to Cal-Dive International. Joe Perot retired but still lives in Mexico. Richard Lobb is there too. He no longer wishes to go to sea but is chief of operations for a large offshore contractor in the Ciudad del Carmen area. Lobb makes sure his vessels are the first towed in to shelter preceding major storms. The whole industry there seems to have learned a lesson from the sinking, and safety has become more than an empty slogan. Also, every October 15, work on offshore barges stops for a minute of prayer and reflection for those who didn’t come back, and someone usually tosses a handful of flowers on the water.

Finally, the 269 herself lies peacefully on the bottom of the Gulf of Mexico, some 70 miles off the Yucatan coast, in silent testimony to the fate that befell her and her crew. She is home, now, only to the creatures of the sea.

Because of the ongoing litigation, there were a number of men I could not interview, including Richard Lobb, Joe Perot, and Ed Burgueno. Perhaps they would not have talked to me in any case, though Richard Lobb told me that he wanted to provide his side of the story but could not while the lawsuits were still going on. Nor could I question McDermott or C.F.C. However, please see the companies’ statements in the Appendix. 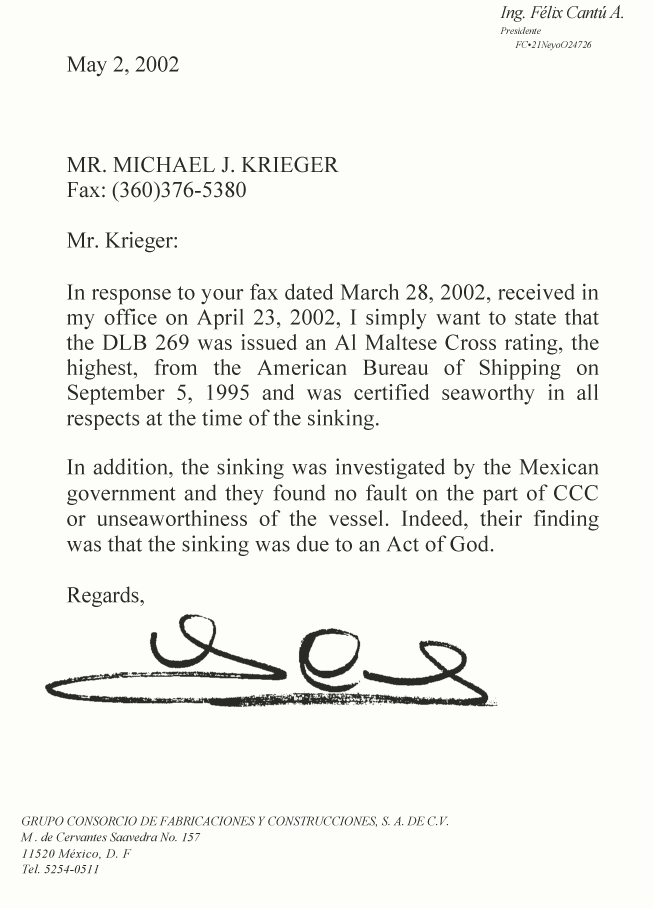 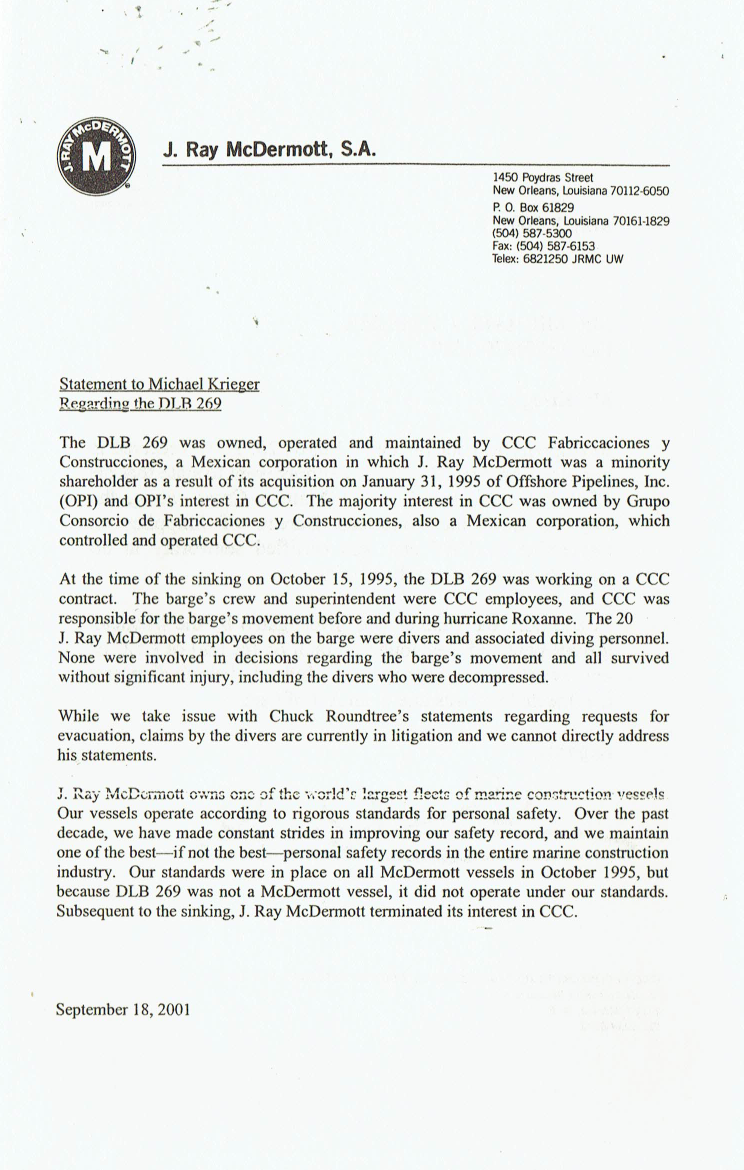