Trouble on the Saginaw River / The Alpena Connection – Part 5

The historic meeting of vessels occurred on a cloudy day in early August 1984 in a harbor on the Michigan Peninsula. At Huron Cement’s small harbor, the world’s two oldest coal-burning steamships of their size met the world’s oldest operable steam-powered cargo vessels. It was a momentous occasion that hardly anyone noticed.

This all happened in the sleepy little Michigan city of Alpena (population 40,000), located on the shores of Lake Huron, one hundred miles south of Sault Sainte Marie, at the Canadian border. The area first belonged to the Chippewa Indians, who used it as a place to send their exiles. In the 1870s, lumbering was the main activity. 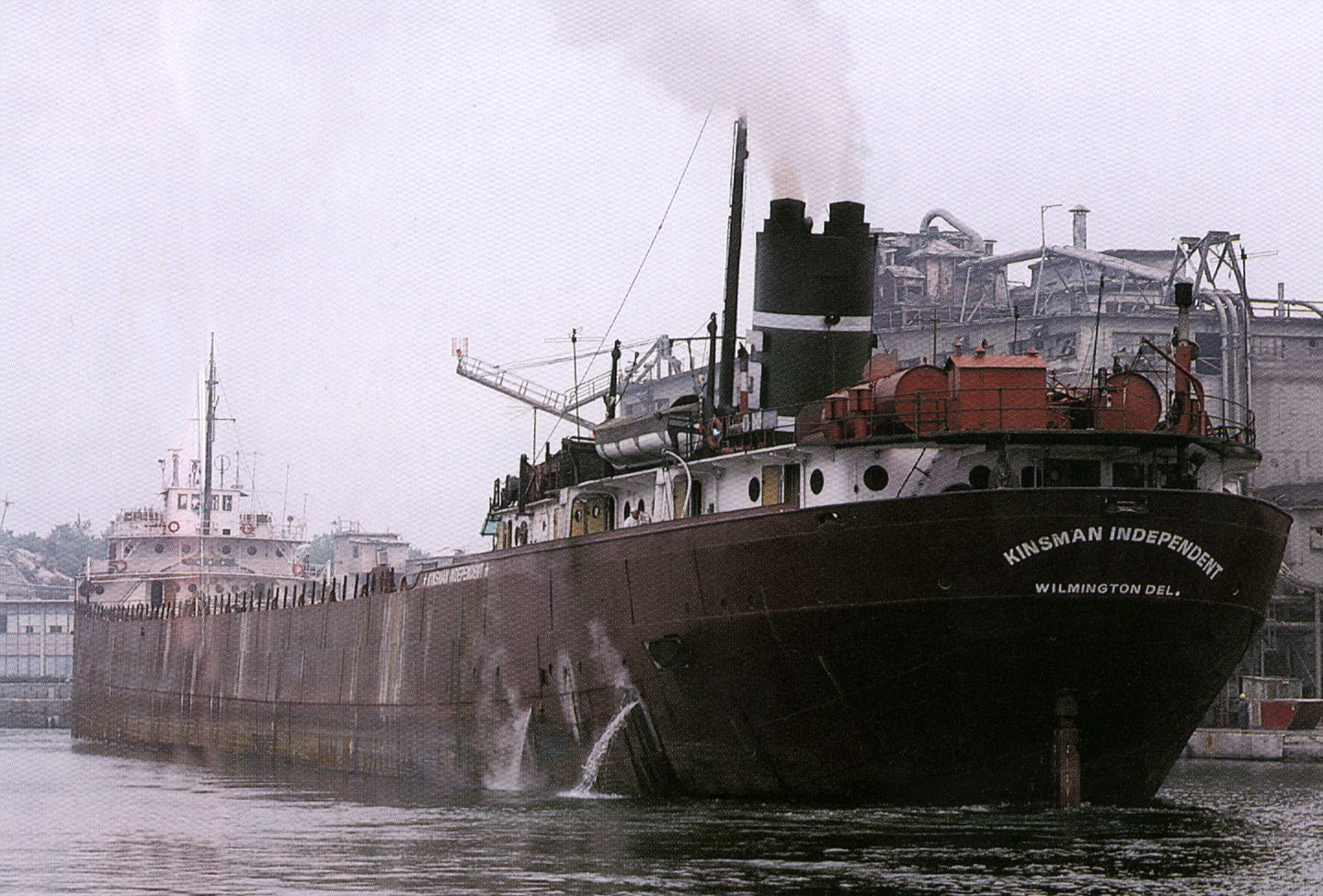 Then the town’s druggist discovered he could make the newly discovered Portland cement by experimenting with the local lime. The residents of Alpena found themselves sitting on one of the largest limestone deposits in the United States. The availability of the necessary ingredients for cement and the excellent nautical transportation route supplied by the Great Lakes ensured Alpena’s future. Today it is an attractive town whose main employer, Huron Cement, still relies on these resources. Besides its interest in the welfare of the community, Huron Cement is proud of its fleet of old steamships, which they keep in excellent condition. 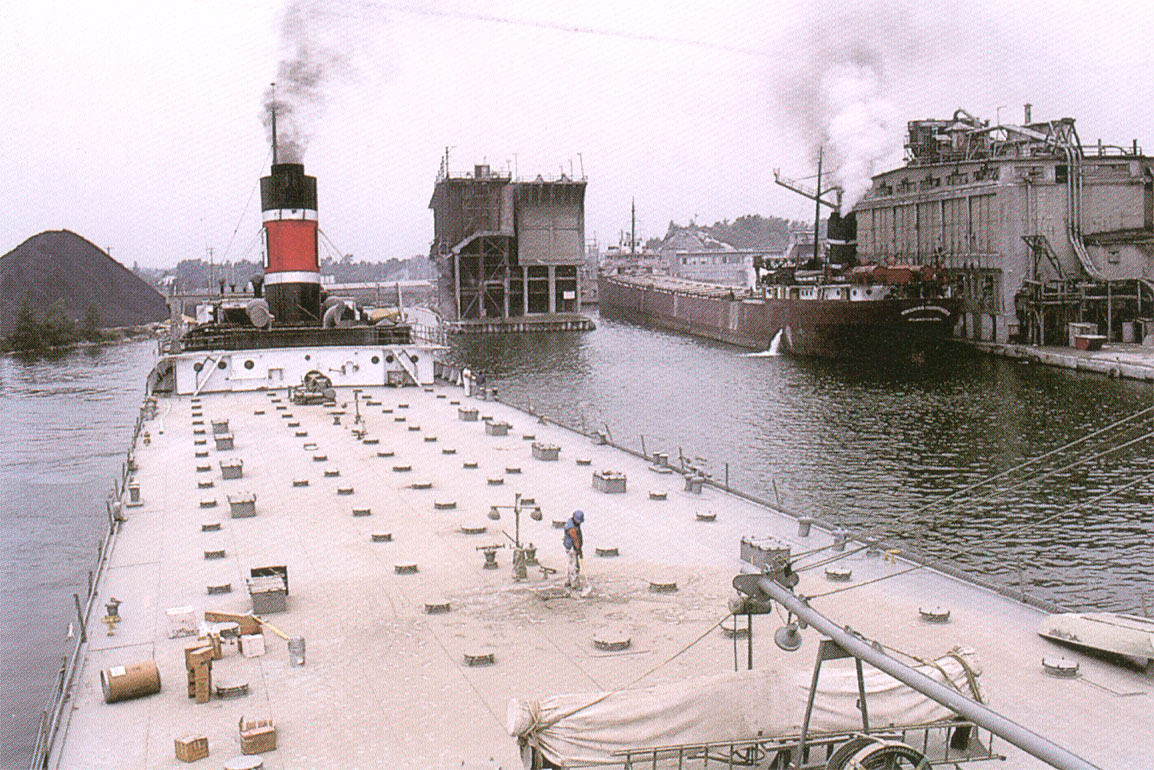 The Kinsman Independent and the Crapo puff side by side at Huron’s Alpena plant. These ships are among the very few coal-fired steamships still working. They are the survivors of a vanishing species that once sailed all of the world’s oceans. (photo credit: Judy Howard)

On that particular summer day in 1984, Huron Cement’s coal burner, the S.T. Crapo (built 1927; 4,769 gross tons), was loaded with cement for delivery to the company’s Saginaw distribution terminal. Meanwhile, the coal-burning Kinsman Independent came steaming into the same harbor loaded with 14,000 tons of cement for Huron’s facility at Superior, Wisconsin. The Independent (7,490 gross tons) was built in 1923 by American Shipbuilding Company of Lorain, Ohio, and is part of the Kinsman Lines fleet belonging to George Steinbrenner, owner of the New York Yankees baseball team.

A side street in the little city of Alpena, Michigan, located on the shores of Lake Huron. (photo credit: Judy Howard)

While these two coal burners were puffing away in the harbor, Huron’s E.M. Ford idled just outside in a lay-up slip. Built in 1898 by Cleveland Shipbuilding Company, E.M. Ford is the oldest operational large freighter left in the Great Lakes, and probably in the world, still in her original configuration. At 4,575 gross tons, she is a quadruple-expansion steamer. The original 1898 engine remains, although the Ford was converted from coal to oil in 1975.

The following day, the George A Sloan also steamed into Huron’s terminal to discharge 13,000 tons of petroleum coke for the company’s power plant. The Sloan was built in 1943 and owned by United States Steel. 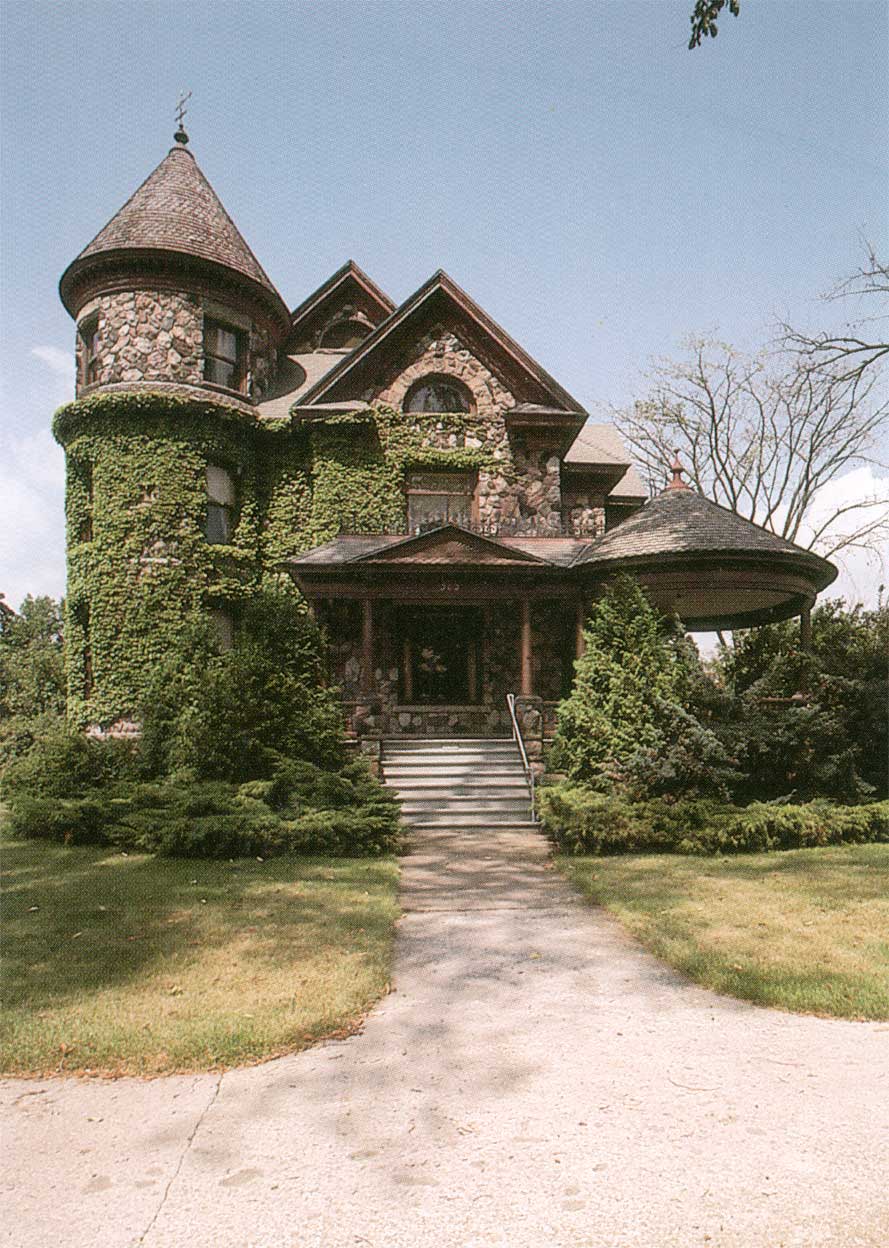 Together, these four ships constitute a sizable portion of the fifteen steam-powered cargo vessels left in the United States and Canada. The Crapo and the Independent, the only coal burners still operating there, are very likely the only large coal-burning cargo vessels of their age left in the world. Those of us who care about old ships certainly hope that at least one of these vessels will be preserved when her services are terminated. Perhaps this cement-producing town will someday have a floating museum, a permanent monument to their meeting in Alpena.

The E.M. Ford is one of the oldest cargo vessel of her size, still in its original configuration, operating anywhere in the world. (photo credit: Judy Howard)