Trouble on the Saginaw River – Part 1 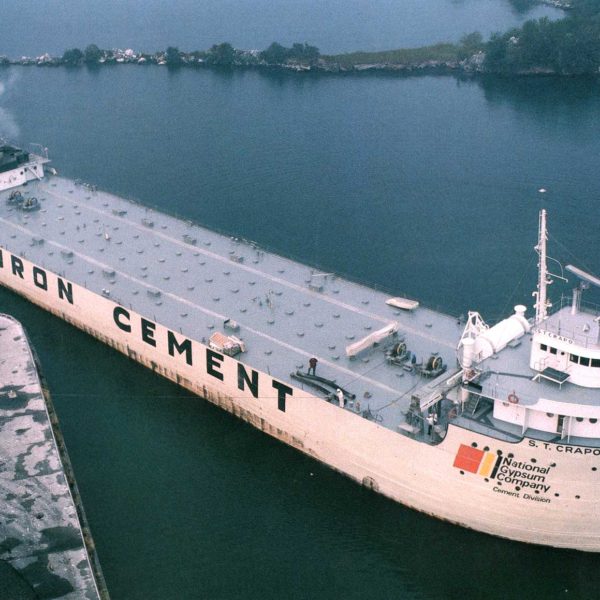 The channel buoys slide by at mile intervals. Third mate Kerr stands at the pilot-house window picking them out with binoculars and relaying course changes to his wheelsman when another radio call comes in. It is the dredge Northerly Isle to inform the Crapo that she’s dredging the river between buoys 40 and 42, and is projecting fifty feet into the river channel. Unfortunately, this was the most dangerous curve in the Saginaw River. The two men are nonchalant but thoughtful. Marv Kerr logs the call and the position of the Northerly Isle. 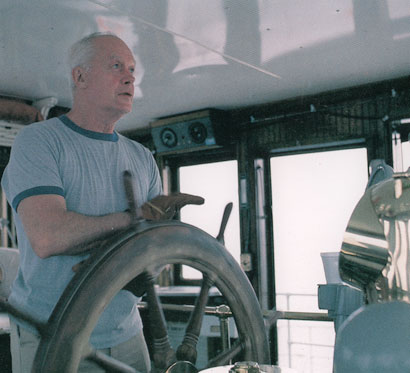 Wheelsman John “Mac” McClinton keeps one eye on the compass and the other on the river in front of him. The seriousness with which he takes his work
shows on his face.

Currently, the 402-foot Crapo (pronounced Cray-poe), is loaded with 6,900 tons of bulk cement and making its way through the channel leading from Lake Huron into the Saginaw River. She has come from Alpena, farther north on the Michigan peninsula, and she will continue on to deliver her cargo to Huron Cement’s Saginaw River Distribution Terminal, seventeen miles upriver.

While the Crapo sails over most of the Great Lakes, navigating the Saginaw River at night is one of the most difficult parts of the journey. Not only is the river narrow with sharp bends, there are also a number of tight bridge openings under which she must squeeze, as well as making room for the occasional vessel heading downstream or obstructing the channel.

Tonight the ship’s officers and wheelsmen are especially alert. They know they have only seconds to correct any error if the Crapo went aground, or worse, crashed into a bridge or another vessel.

John “Mac” McClinton, a cheerful, graying ex-Canadian, is the wheelsman on the Crapo. Together, he, Marv, and the captain have more than 125 years of sailing experience among them. Each man also served in the U.S. Navy during World War II, Marv on destroyers and Mac on merchant ships followed by the aircraft carrier Bunker Hill. After the war, Marv sailed for eighteen years on the Great Lakes, and Mac sailed on freighters and tankers all over the world. Marv also considers Ralph Knechtel to be one of the best ship handlers on the Great Lakes.

Tonight he will need to be.