Trouble on the Saginaw River – Part 2 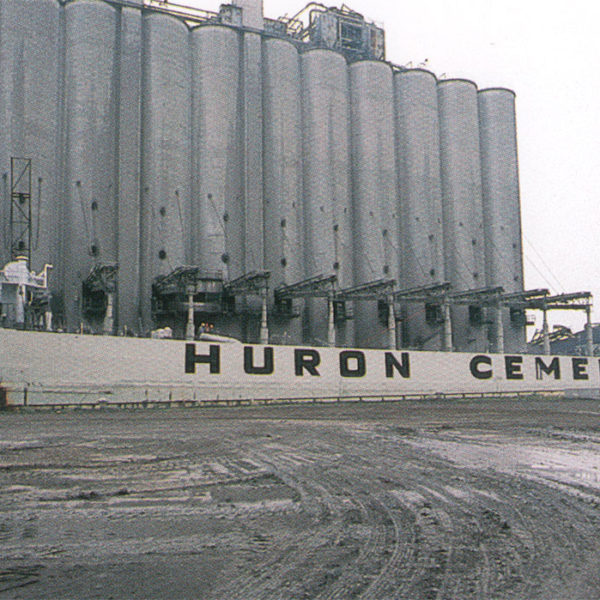 Captain Ralph Knechtel quietly joins the two men in the wheelhouse. He is a kind man who looks as though he would be happy running a candy shop. In 1942, he joined Huron Cement’s vessel the John W. Boardman right out of high school, working as a deckhand. The following year he went into the Navy and was on the cruiser Savannah for the U.S. invasions into Sicily and Salerno. Of that time, he says, “the third day of the Salerno invasion we were hit by a radio-controlled bomb that killed everybody up forward. My entire division was killed while I was on lookout on the bridge. We came back around Christmastime. In 1946 I returned to the Huron Cement fleet, working my way up from deckhand to watchman to wheelsman, then to third mate, second, first, and skipper.” 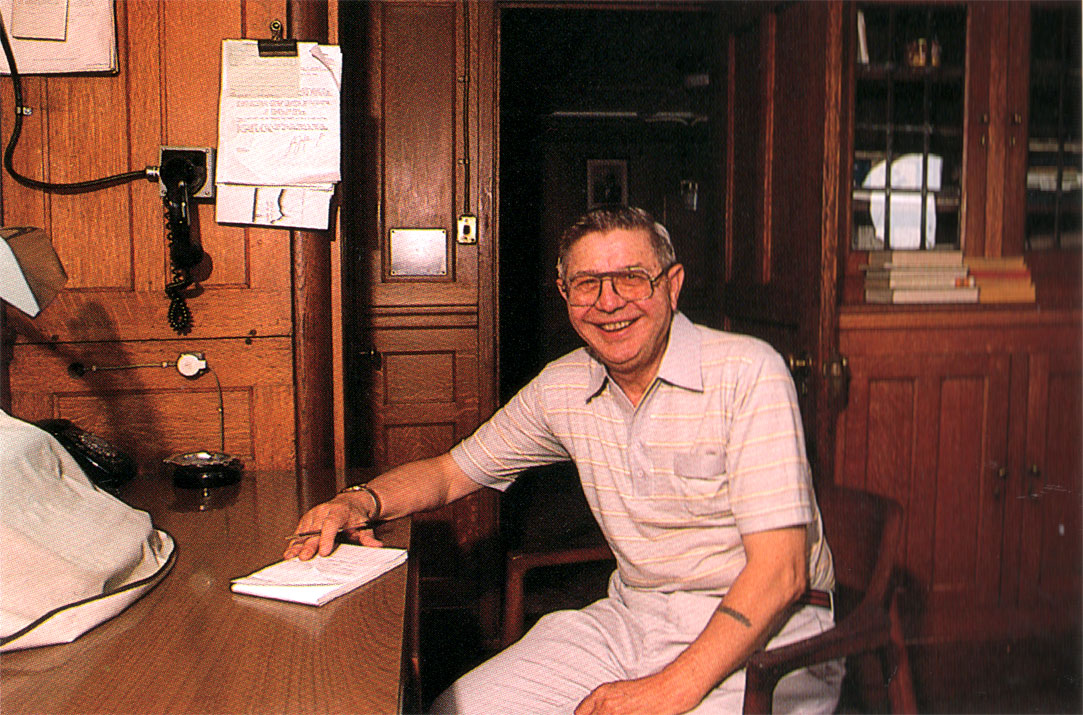 Captain Ralph Knechtel sits in his beautiful oak-paneled office. Like most of the interior spaces on the Crapo, his quarters have been restored to their original condition.

Knechtel was skipper for nine years, all on the Crapo before becoming captain. In his gentle way, he chuckles as he describes his only major collision: “Some years ago I hit a roof in Milwaukee. My father-in-law couldn’t believe it. Of course it was in a canal where the buildings extended over the wayer. The bow hit the roof. A single-story house. People were in the building and I guess it shook them up a little. It was kind of embarrassing—I had to report it to the Coast Guard. “

As the Crapo leaves the channel and enters the Saginaw river, the atmosphere inside the pilothouse changes. The banter stops. Knechtel takes over the con from Marv and moves to the port-center window. He spends the next four hours standing there, giving orders to the wheelsmen and the engine room.

The Crapo is a unique vessel: she is powered by a coal-fired reciprocating steam engine. The triple-expansion engine is still the original equipment from when the ship was built in 1927. It operates from three fire-tube boilers under 175 pounds of pressure. A small engine at the end of the third cylinder powers its reversals. 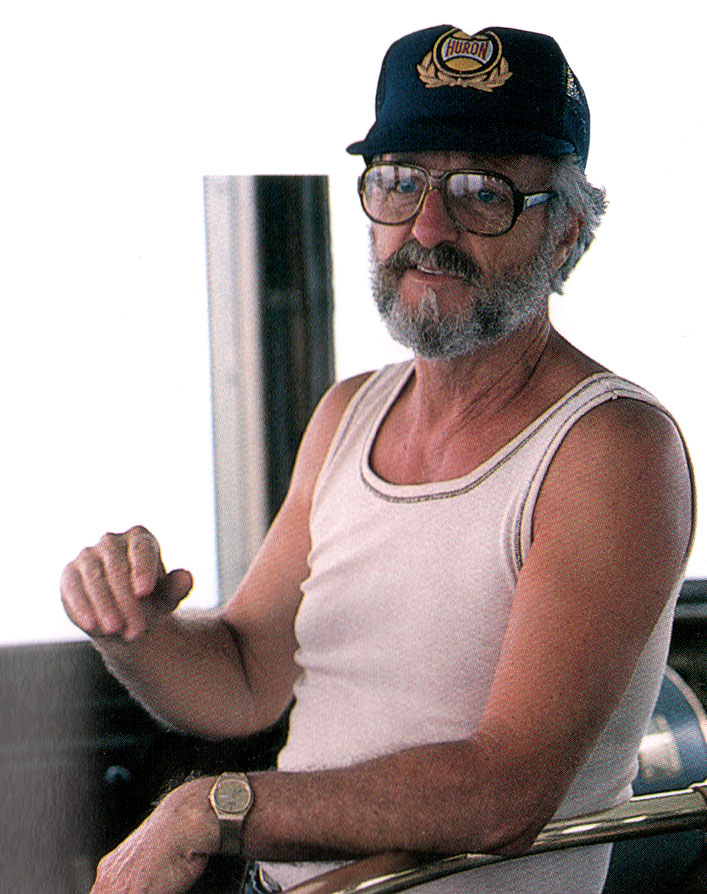 Second mate, Don Ghiato, poses by the engine telegraph as the Crapo makes her way down Lake Huron.

The Crapo was built for carrying cement. Loading bagged cement by hand originally took over a week; now it’s done by air slides in five hours. The pumps can discharge nearly 9,000 tons of cement from the holds into 400-foot-high silos in less than twenty-four hours.

Huron Cement operates the Crapo and five other ships to carry cement from its Alpena plant, the largest cement facility in the United States and second largest in the world, to thirteen ports around the Great Lakes. Most of the operation’s 700 employees have worked for Huron Cement for over a decade—not a bad testimonial.

Three of the Crapo’s sister ships are also steamers. The E.M. Ford, built in 1898, has one of the few quadruple-expansion engines left in the world. Unfortunately the Ford is laid up in Milwaukee awaiting business. Both the other sister vessels, the John W. Boardman and the Louis G. Harriman, were built in 1923, a cement carrier and a general bulk carrier, respectively.

In the fire room deep in the bowels of the ship, three firemen work in what can only be described hell. The heat is suffocating. Flames shoot high into the air of the cramped space as the firemen rake out old, burned coal from the fireboxes onto the deck. Coal ash hangs like fog. In spite of forced ventilation, if the fireman touched any metal surfaces in that room, their skin would be scalded off their hands. Yet, these men are not unhappy with their work. Fireman Joy McKay explained, “I’ve been doing this for twelve years. I don’t mind the heat and I like the money. I could never make this much anyplace else.” 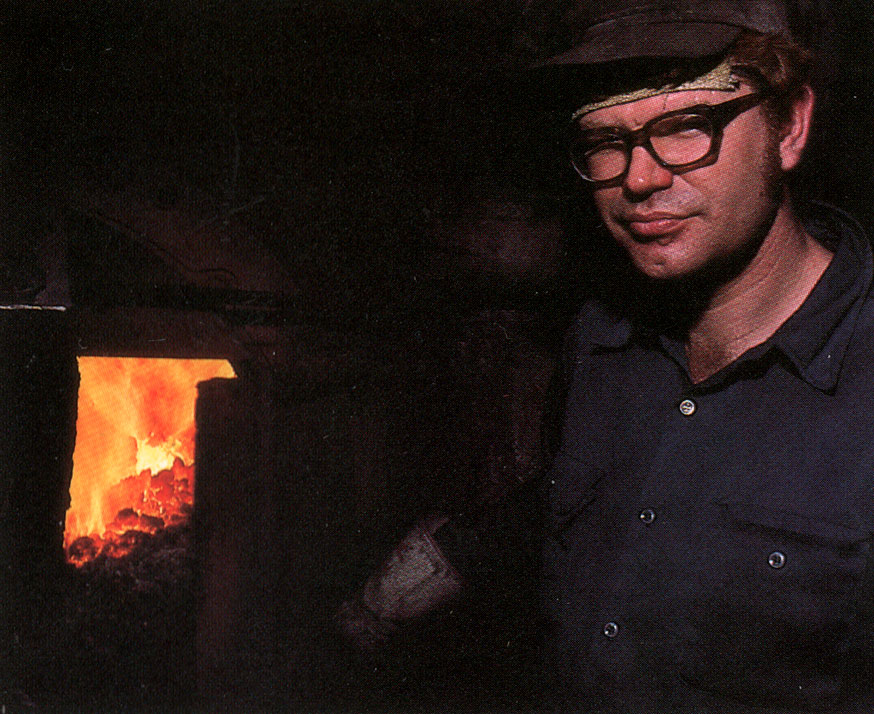 He and the other two firemen make between $30,000 and $35,000 a year. Others might say that all the money in the world couldn’t make them do this work, then again; but these people may never have been out of work. The firemen see the job’s unpleasantness as a small price to pay for their financial security and freedom.

Outside the fire room, the Crapo is doing six knots as she approaches the first bend in the Saginaw River, opposite the Bay Harbor Marina. Knechtel tells his wheelsman, “Start her left, slow, Mac. Head her on the red buoy.”

Mac turns the large, spoked wheel a quarter-turn and replies, “Steady on red buoy, Cap.” The Crapo slowly eases into the first turn.

“Now come left on the green range, Mac,” Knechtel says while looking at a range light beyond the turn. When the ship nears the middle of the curve, he says again, “Start her right, Mac. I’ll steady up.

The wheelsman answers, “Coming right slow, Cap,” as the vessel leaves the curve and faces a straight stretch of river.

Almost immediately out of the turn, Marv catches sight of the Detroit-Mackinaw Railroad bridge ahead, standing closed. “Cap,” he bursts,” there’s a train on the bridge!”