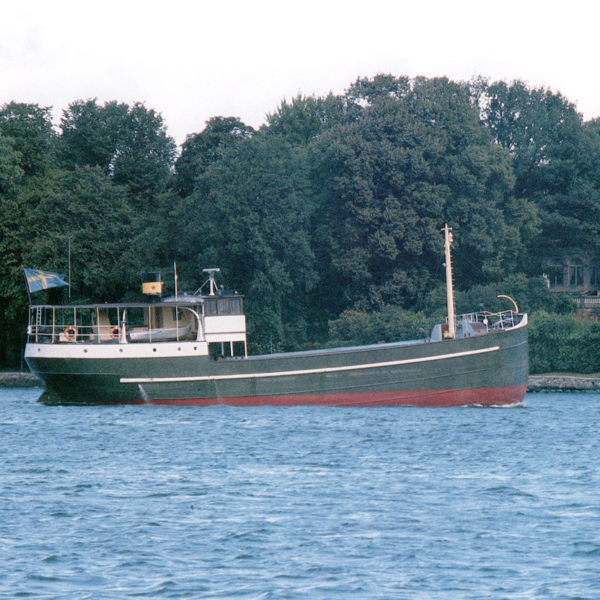 The following story is so incredible that at first I did not believe it. However, the way it unfolded, simply, and as just one episode in the life of Jan-Christer Sjööh, was convincing. Captain Sjööh was reluctant to describe his experiences, yet when questioned he provided answers and details without emotion and in a manner that suggested to Judy* and me that he was telling the truth. 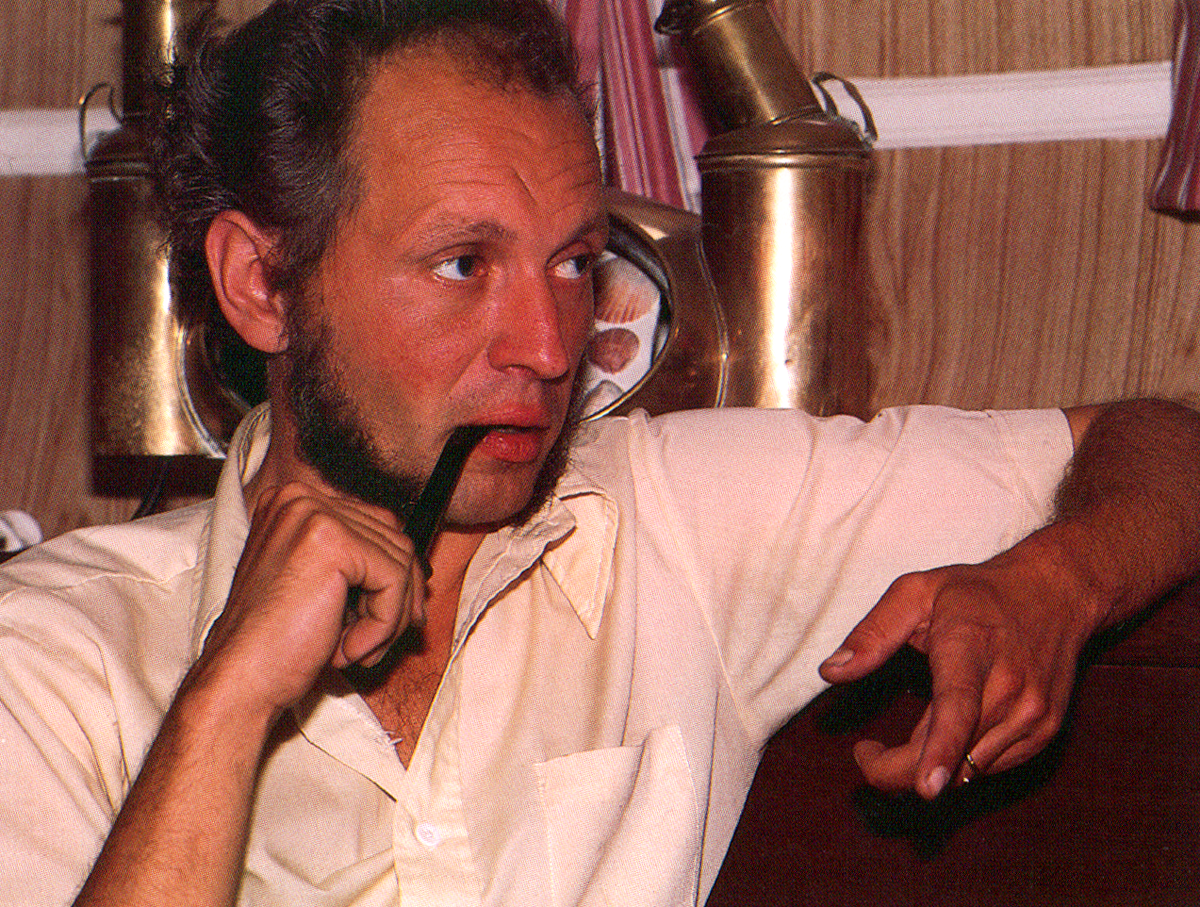 Profile of Jan-Christer: Jan-Christer Sjööh, captain and owner of the Vätterö, entertains guests in his cabin. The enigmatic captain leaves the impression that people are an imposition that must be put up with during his life but that he will never feel comfortable around.

In answer to three intense hours of questioning, most but not all of the details held together. A few details would naturally be confused or forgotten given the stress resulting from the mutiny and murders. Captain Sjööh asked that the names of ship, owner, crew members, and ports visited be disguised. The reasons for this request will be obvious upon reading the story. I have put the occurrences down largely as they were narrated, though because of Jan-Christer’s mediocre command of English and because the story came out in bits and pieces, certain elaboration was necessary to provide cohesiveness and aid understanding. Still, all the important points are imparted as they were communicated to us. I will leave it to the reader to judge the veracity of the captain’s story.

The life of Jan-Christer Sjööh, captain and owner of the Vätterö, is almost as fascinating as his tale of mutiny, so it is the place to begin. He was born in 1951, in a small town in central Sweden. His father had been a captain on a sailing ship, and from the time Jan-Christer was five he wanted to sail as well. At fifteen he got his first berth on the 2,300-ton freighter Marie, bound for Italy, Greece, and North Africa. Jan-Christer worked as a deck boy doing, as he says, every dirty job on the ship. After eighteen months he left the Marie in Genoa and took a job on a vessel heading to the Far East.

Eventually Jan-Christer put ashore in Jakarta, Indonesia, at the age of seventeen. He says, “I was there [stranded] for two weeks looking for another berth. I would go first to one ship, then another. The first night out in Jakarta I have to go to town. I have a drink, maybe two, maybe three, and see some Indonesian girls, and good-bye to my money. Then I had no money so I slept in the streets. I had almost nothing to eat for the last ten days.  Finally I got a job as carpenter on an old steamer, the Golden River, twenty-seven hundred tons, built in 1918. She was sailing between Indonesia, the Philippines, and Hong Kong, carrying mostly timber. The captain was an old Englishman, Captain Jackson, who was sailing in the Far East for forty-five years. He was eighty-two then, but he looked like fifty. I left the Golden River and later signed on again as third mate. From books I teach myself navigation. The other officers were English and Swedish, the bosun was Finnish.

“Captain Jackson was like the devil himself—of the military style, very strict. Some days he would never talk to us. He would only say, ‘You have to do that, that, and that.’ Then he would go to his cabin and read or listen to music, Beethoven, Mozart, some things like this. If the crew doesn’t obey, he just puts them ashore—anywhere.”

Jan-Christer worked his way up to second mate, then chief mate. After six months he left the Golden River in Yokohama and flew home to Sweden. It was not long before he was at sea again, this time on a new Swedish motor ship sailing to the United States, Southeast Asia, and Japan. After a year he found himself back in Yokohama, where he was hospitalized for five weeks with pneumonia. After recovering, Jan-Christer found a small Indonesian ship bound for the Javanese port of Surabaya.

*Judy Howard, former Newsweek photographer with whom I was working.